The Institute operates one full-time health center and three school-based health centers in downtown Manhattan. With their centralized location relative to public transportation, the downtown centers serve a large number of patients from low-income neighborhoods from throughout New York City. The Institute’s 17th St health center, also attracts many self-employed residents from lower Manhattan, the majority of whom are uninsured or underinsured.

The Institute also provides services in the historic neighborhood of Harlem. Due to its unique history and culture, we’ve described our Harlem community separately – please click here to learn more.

Healthcare for the Homeless

In addition, Institute clinicians work at six part-time centers in Manhattan that are operated through a subcontract with Care for the Homeless of New York. These sites provide primary care, health education and outreach at community sites which serve homeless individuals and families. An additional site serves homeless LGBTQ youth and young adults.

The homeless have a higher incidence than the general population of nearly every health condition. Many present with extremely complicated histories and conditions that are often exacerbated by mental illness. In addition, a significant portion of patients are drug and alcohol dependent. Apart from the obvious financial and institutional barriers to care that the homeless face, their health challenges are exacerbated by factors difficult to control when homeless, such as living conditions, sleep hygiene and nutrition.

View as a slideshow 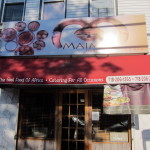 In New York City, the enormous range of cuisines served in restaurants and cooked in people’s homes reflects the cultural diversity of the city’s residents. In an effort to promote nutrition while celebrating this gastronomical range, the Institute created “Healthy Plates around the World.” These educational tools, modeled after the government’s MyPlate, offer patients healthy food choices that align with traditional Puerto Rican, Dominican, West African and Mexican diets. 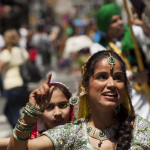 With around 800 languages spoken and over 200 nationalities represented, New York is one of the most diverse cities in the world. To best serve the community, cultural competency is paramount at the Institute’s health centers. 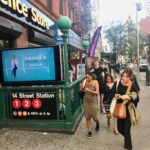 Because of its proximity to many subway and bus lines, the Institute’s 17th St practice, in uniquely positioned to serve high-need patients coming from all over New York City. It is near the 1,2,3, A,C,E, L,F, or M 14th Street subway stops which connect the city’s all five boroughs. 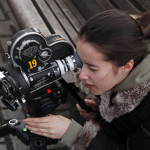 As a center of creative opportunity, New York attracts aspiring artists, writers and entrepreneurs. The Institute’s health center at 17t St serves many of these freelancers and self-employed individuals, some of whom are uninsured or underinsured for stretches of time. 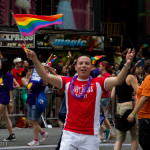 New York City is home to the largest LGBTQ+ population in the country. The Institute’s LGBTQ+ Taskforce was established in 2012 to serve the unique health care needs of this community. Each summer the city hosts an enormous, weekend-long Pride celebration, pictured here. 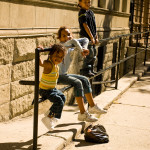 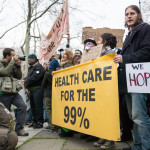 New York City is home to great wealth and deep poverty – and the income gap continues to widen.. In Manhattan, where the inequality is most striking, the average income of the top 1 % ($8.1 million) was 116 times that of the 99% ($70,500) (Fiscal Policy, 2016). This leaves the most at-risk residents in dire need of accessible and affordable healthcare and other basic services. The Occupy Wall Street movement in 2011, pictured here, brought media attention to this severe, ongoing inequality. 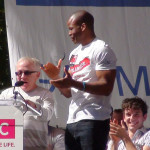 Once the epicenter of the Western world’s HIV/AIDS crises of the 1980s and 1990s, New York City’s rates of new diagnoses have been steadily declining. According to a report from the New York City Department of Health and Mental Hygiene, the rate of new HIV infections decreased by an estimated 36 percent in New York City between 2013 and 2017. The most recent data shows that there were 1 ,917 new HIV diagnoses in 2018 (NYC HIV/AIDS Annual Surveillance Statistics, 2018). 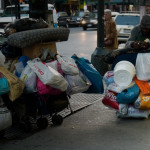 Over the course of the year, in 2019, 132,660 different homeless men, women, and children slept in the New York City municipal shelter system (Coalition for the Homeless, 2020). The homeless have a higher incidence than the general population of nearly every health condition. Many in the target population present with extremely complicated histories and conditions that are often exacerbated by mental illness. The Institute operates six part-time Health Care for the Homeless sites, which provide medical care, behavioral health care, discounted medications, and referrals to other services. 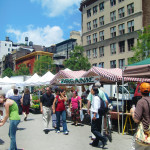 As in most of the U.S., obesity is on the rise in New York City, particularly in lower-income neighborhoods. The highest obesity rates are in Bed-Stuy-Crown Heights and East Flatbush-Flatbush (Brooklyn), Rockaways (Queens) and the South Bronx, Fordam-Bronx Park and Pelham-Throgs Neck (the Bronx) (NYC Environment & Health Data Portal, 2017). Programs that promote healthy eating and exercise are expanding across the city. 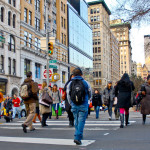 In a city of 8.4 million, 12% of New York City residents were uninsured in 2017 (NYC Epiquery, 2017). That number has likely increased since the onset of the COVID-19 pandemic, making the Institute’s mission, to serve all patients regardless of their ability to pay, all the more critical.