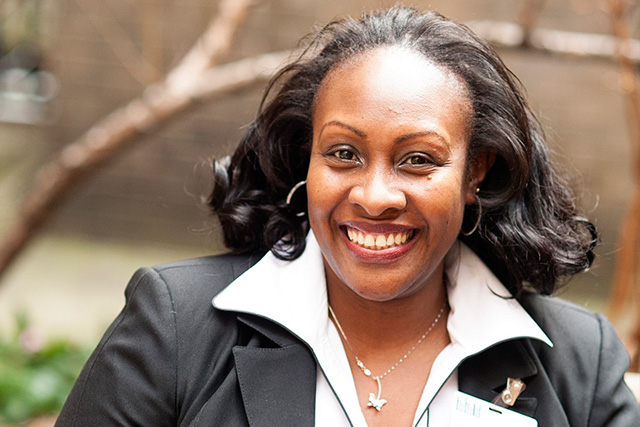 In her current role, Ms. Nurse is part of executive management and oversees all HR functions, including recruitment, hiring, orientation, salary scales, and compliance with HR regulations.
Ms. Nurse directed the Institute’s successful certification by the Joint Commission on Health Care Accreditation in both the behavioral health and ambulatory care models; and has overseen the Institute’s achievement of Level 3 recognition as a patient centered medical home from NCQA (National Committee for Quality Assurance) in 2009, 2012 and 2015. Ms. Nurse was also deeply involved in the Institute’s acquisition of a six-practice health center network in the Mid-Hudson Valley, and in the opening of the Family Health Center at North General in 2010, later to become the Family Health Center of Harlem.

Prior to joining the Institute, Ms. Nurse was the nursing supervisor at the Boriken Neighborhood Health Center, quality assurance/nurse coordinator at Oxford Health Plan, nurse manager at the Bronx Care Practice, and coordinator of quality assurance at New York Presbyterian Hospital.
In 2009, Ms. Nurse was honored with the Rosemarie Forstner Award from the Community Health Center Association of New York State for her work to ensure clinical excellence in underserved communities.

Ms. Nurse obtained her bachelor’s in nursing from University of Phoenix and her MBA from Jones International University.