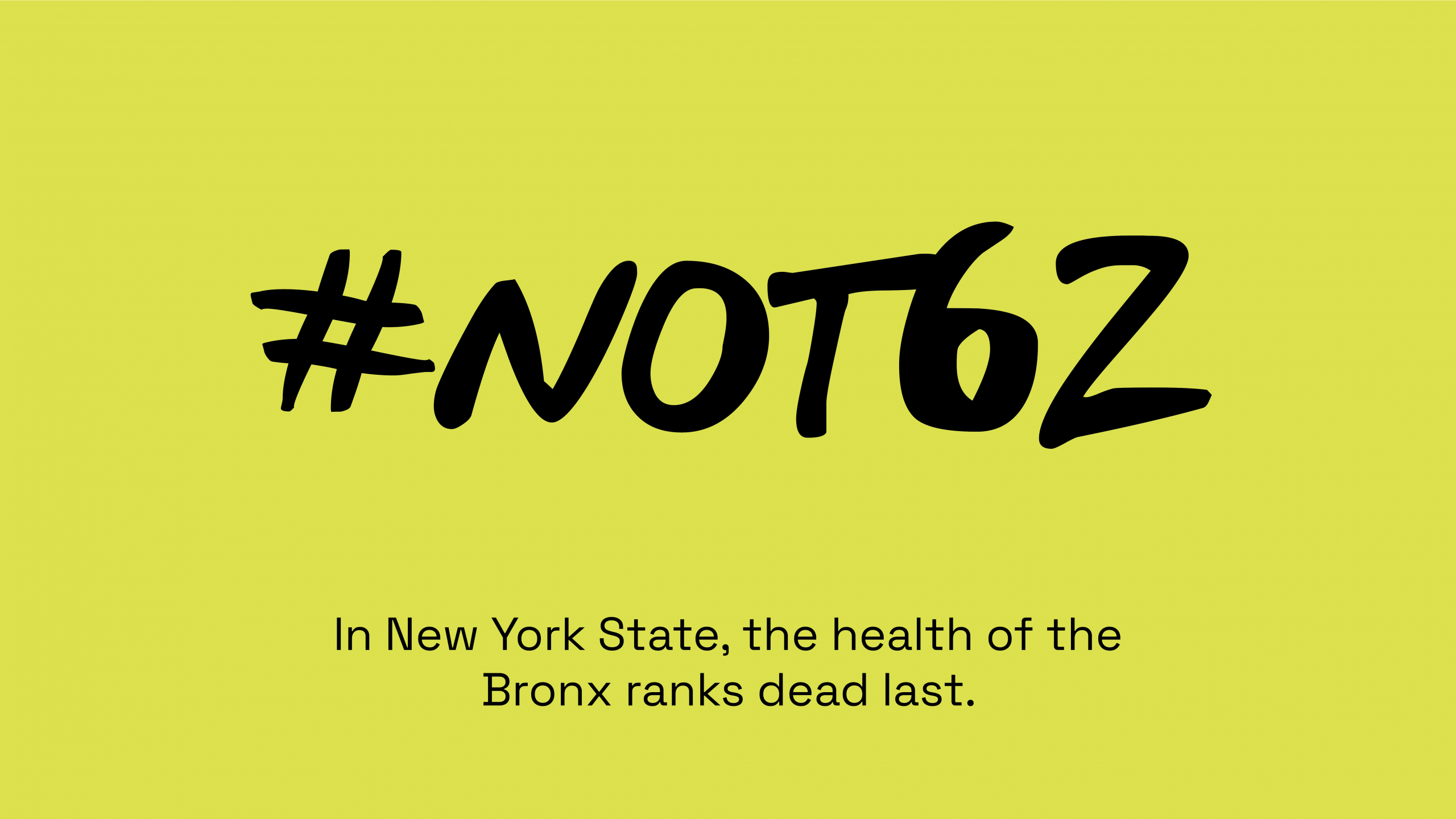 “#Not62 – The Campaign for A Healthy Bronx” is a call to action to improve the overall health of Bronx residents. It’s mission is to address the social and economic environment, health behaviors, clinical care, and the physical environment through collaboration and partnership across multiple sectors in the Bronx.

The Bronx is the unhealthiest county.

Even though the health of the other four boroughs has improved over the past three years, the Bronx continues to remain in last place:

The Bronx remains the poorest Congressional district in the country.

The social and economic factors behind the Bronx being the unhealthiest borough/county:

What can you do to change this?
Vote.

If the Bronx is not to be the unhealthiest county in New York State.
Vote.

If the Bronx is not to be the poorest Congressional District.
Vote.

Your health, our community’s health depends on your vote.
Vote.

If you want to get involved in improving the health of the Bronx, join our Bronx Health REACH Health Disparities Workgroup meetings, held on the second Friday of the month from 1:30 to 3:30 p.m. Our meetings are held online via ZOOM. RSVP to imoronta@institute.org.

Please sign our petition to demand that the Mayor prioritize the health of the Bronx! Share #Not62 on your social media to raise awareness, follow @bronxnot62 on Instagram, and tell us what you are doing to be healthy.